The two-body problem in general relativity

The motion of two gravitationally interacting bodies is a classic unsolved problem of general relativity. The bodies themselves curve space, while the curved space causes the bodies to move. The system is simple to describe, and yet, its self-interaction make it challenging and fascinating to study.

In addition to the inherent theoretical interest of the two-body problem, there is a practical reason to investigate it. The first gravitational wave detections are close at hand, and both the detection and parameter estimation of the sources require accurately modeled two-body systems. Such a detection will test general relativity in a previously unexplored strong-field, high-velocity regime.

The mass-ratio of the two bodies provides a dimensionless scale for classifying different sources. Systems with mass-ratios close to unity require different numerical techniques than ones with small mass-ratios. Of considerable interest is the intermediate mass-ratio regime where much work is still required for accurate source modeling. 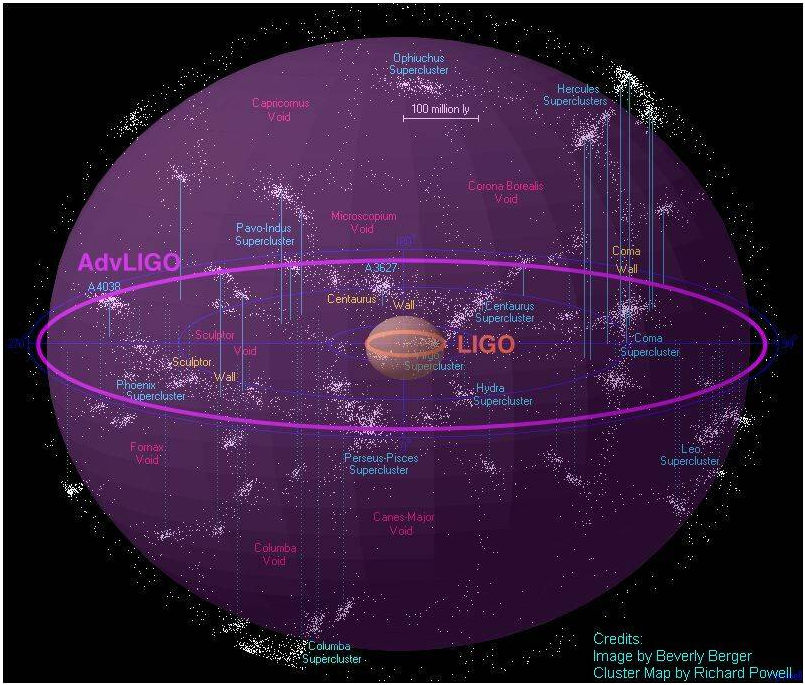 After decades of collaborative research, Advanced LIGO has made the first direct detection of gravitational waves (GWs), making it a particularly exciting time to study the subject. Advanced LIGO is the third generation of the Laser Interferometer Gravitational-Wave Observatory (following "Initial" and "Enhanced"). It measures sub-atomic scale variations in the lengths of its 4 kilometer long arms. LIGO is searching for specific variations due to GWs in the 30 - 7000 Hz range. Sources of GWs in this frequency range include binary black holes (with masses around 10 times that of the Sun), and binary neutron stars (each about 1.4 times the mass of the Sun). As these potential GW sources are composed of two merging bodies with similar masses, we refer to them as comparable mass-ratio inspirals.

Initial LIGO was sensitive enough to observe such GW sources within the Virgo Supercluster (our local concentration of galaxies, approximately 110 million light-years across). Once it is reaches design sensitivity, Advanced LIGO will be more than ten times as sensitive as Initial LIGO. Thus, it will be able to make observations in a volume with ten times the diameter, or equivalently, 1000 times the volume. See figure to the left.

Now that the LIGO Scientific Collaboration has made the first GW detections a new era of astronomy has begun. Detection and source parameter estimation require accurate modeling for a variety of different GW sources. My numerical relativity and effective one body research into binary black holes is one part in a large community effort to create a template bank of such waveforms.

The centers of most galaxies are thought to contain small compact objects (neutron stars or stellar-mass black holes) orbiting supermassive black holes (SMBHs). As such a small object (or particle) orbits, it radiates GWs. These waves carry away energy and angular momentum at the expense of the particle's motion. The orbit thus decays until the particle plunges into the SMBH, at which point the waves die away. This two-body system is an extreme-mass-ratio inspiral (EMRI).

The theoretical study of EMRIs makes for compelling research for two primary reasons. First, they have an observational relevance. While EMRIs are not likely to be detected soon, there is a plan to launch a space-based GW detector (eLISA) in about 20 years. eLISA will look for GWs in the 0.0001 - 0.1 Hz frequency range, an area of the GW spectrum inaccessible to LIGO. EMRIs are one of the most promising sources of GWs in this range. Second, there is an inherent theoretical interest to this special case of the two-body problem. The system is simple to describe, and yet, its self-interaction make it challenging and fascinating to study. In doing so, one has the opportunity to develop new analytic and numeric techniques, advancing the fields of mathematics and computer science. Much of my research has been focused on developing tools and techniques for accurate EMRI modeling. 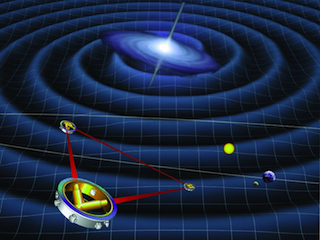